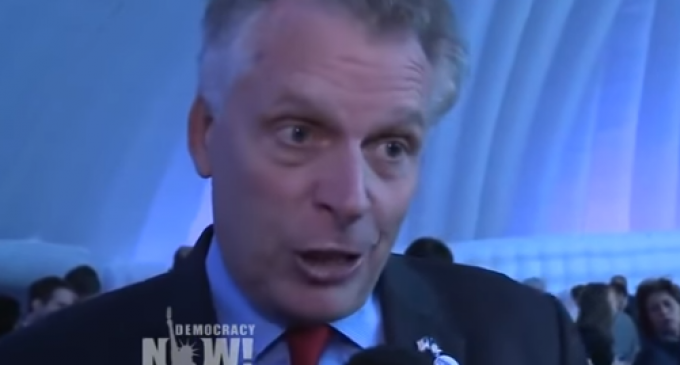 In the Bible, having escaped from Egypt and following Moses into the deserts to the east, the Hebrews began to lose faith over the weeks and months that they had done the right thing by abandoning a land and people that had enslaved them.

During a time of particular weakness (not the first, mind you) as Moses had traveled upward onto Mount Sinai to speak with the Lord, the Hebrew people rebelled and with the help of Aaron and Miriam, got down on their knees to worship at the feet of a golden calf, breaking their word of trusting in the Lord who was to deliver them to the Promised Land.

Many in modern American politics have not learned the lesson of the Jewish people in that period of history and because they ignore or deny its importance, are doomed, as they say, to repeat it.

Virginia Governor and Clinton buddy, Terry McAuliffe has never been a Moderate kind of politician.  One might go so far as to say that he is one of those far-Left loons that has taken over the Democrat Party and continues to lead it down the toilet of life.

On a recent trip to Bonn, Germany, the former DNC Chairman joined a number of US senators, mayors and governors who were attempting to convince foreign investors at the UN Climate Summit that the United States citizenry actually hates Trump and are embarrassed by him and that they wholeheartedly believe in global warming and reject Trump's view of politics.  In other words, they were lying.

During McAuliffe's rant on video, he decided to let loose with both barrels about his true feelings for the president and, let's just say that it proved why McAuliffe will never be anything more than a two-bit governor!