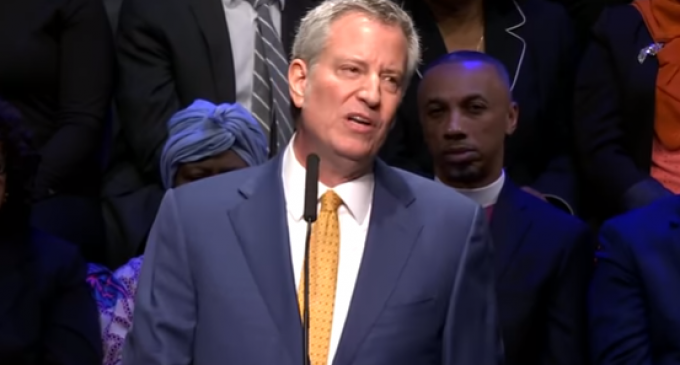 In a State of the City address on Thursday, liberal New York City Mayor Bill de Blasio announced a new plan that would allow the city government to seize buildings of landlords deemed to be acting in a manner the state considers abusive. Critics are calling the plan “straight communism.”

De Blasio has been upfront about his communist predilections regarding private property. In 2017 he told New York magazine, “Our legal system is structured to favor private property.” He then added, “If I had my druthers, the city government would determine every single plot of land, how development would proceed.”

The mayor has followed through on making his Maoist proclivities a reality by creating the Office to Protect Tenants which would he says will ultimately be able to seize private property and hand it over to community nonprofits.