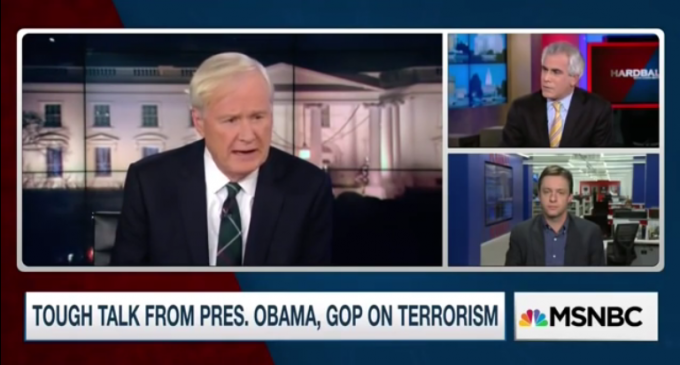 Chris Matthews of MSNBC is offended that Chris Christie referred to ISIS as animals. Somewhere in that rant he failed to come up with a better term. He also claims that Republicans are promoting hatred of Muslims. That's a very broad accusation with absolutely no proof to back it up.

But let's get back to the fact that Matthews believes referring to ISIS as terrorists is offensive. Politically correct America has reached the point of no return. We're no longer allowed to call Muslims who attack Americans, terrorists.

Why don't we all just stop talking to each other? That would solve the problem of people getting offended for labeling things what they are.

Continue Next Page For Video: