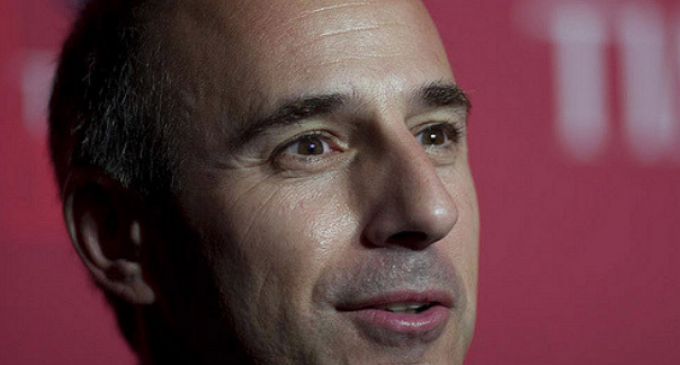 Liberal media is undergoing an existential crisis. The majority of people quite simply put no longer believe in the absolute integrity of the mainstream media. Couple that with the fact all of the formerly heralded icons are being unmasked to be the deviant predatory creeps that they are, and the entire industry is on the verge of smithereens.

Mark my words, the days of the $20 million dollars a year star network news anchor are about to be history. Independent media and YouTube commentators are heading the charge led by President Trump to take down the propaganda heads that have for so long dominated our access to information.

None of this is seen more clearly than in the case involving recently ousted news anchor Matt Lauer. You know a man has operated in a sheltered protected bubble of debauchery when he sends his colleague a sex toy along with an explicit note detailing what he wants to do to her, to name just one of many unscrupulous acts, without consequence for many years.

This is only the tip of the iceberg. Continue to the next page to learn about the secret office disgraced MSNBC news anchor Matt Lauer used to trap his victims.