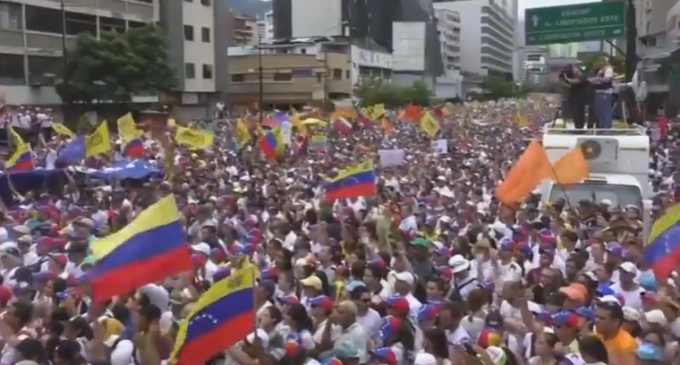 Promising the people things a government can never deliver is hardly a new tactic for politicians to employ, and it  often works — for a while.  But there will be a day of reckoning when the whole thing comes crashing down. Venezuela is experiencing that inevitable day, and it looks ugly with leading politicians blaming whomever and whatever is convenient for the people's misery to draw attention away from their own failed policies.

As Margaret Thatcher noted, “The problem with socialism is you eventually run out of other people's money.” Or put more bluntly you cannot have a society where everyone tries to live off the wealth of everyone else.

Incentives to produce, to grow businesses and profit from one's labors are essential to creating a healthy economy, one which provides jobs and produces goods and services that the population demands.  Economic and political freedom are the keys to promoting a wealthy society, not the heavy hand of government and its efforts to redistribute wealth according to some arbitrary notion of fairness.  Or more often, according to which power group has bought off the most politicians.

So Venezuela is reaping the harvest that the seeds of socialism always produce.  Chavez may have been a more successful leader as he was a bit earlier on in the process of economic decay and possessed some degree of chrisma. Things aren't working out so well for Nicolas Maduro who is the current president.

So we should not be surpised by the results we are seeing.  What are those results?