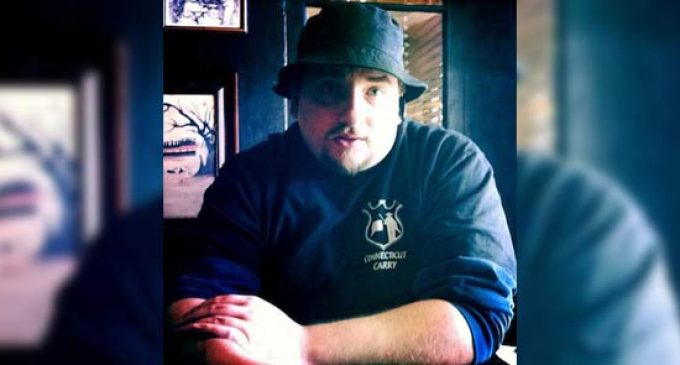 Residents of Connecticut are fed up with pushy lawmakers and their unconstitutional gun control (read: citizen control) legislation. By the utter lack of compliance with a gun registration law that took effect at the start of the year, the people of Connecticut have shown their contempt for officials' attempts to force firearm registration and in some cases, confiscation.

The video below gives an update on the developing situation and read below for part of a great interview with  Rich Burgess, president of Connecticut Carry about the state's insidious strategy. This is important information for all liberty-loving Americans, not just those in Connecticut, so please share  and help spread the word to prevent these types of laws elsewhere!

It doesn’t appear that state officials or law enforcement has the chutzpa to enforce the ban, which now calls for confiscation, destruction or sale (out of state) of so-called ‘assault weapons’ — however, what happens if that changes?

Rich Burgess: We don’t expect it to change. The state works by ‘boiling the frog’ and making small, incremental moves so as not to get people too angry too fast. It would not serve the purposes of the state for people to see all the grandparents, veterans and hard working people being rounded up in huge swaths.

Many people don’t realize that the State of Connecticut has been confiscating firearms, in ways that we feel are both despicable and unlawful, for over a decade now. We have caught them both confiscating firearms and sending letters threatening arrest for failure to surrender firearms several times without the legal authority to do so. That means that the State of Connecticut is quite the expert in ‘boiling the frog’ with unlawful confiscations and actions against gun owners without going to the extreme of APCs rolling down the streets and kicking in grandpa’s door.

If they decide to roll out the APCs and go door to door, we win the public opinion. They cannot risk that.

Hypothetically speaking, how would your organization deal with state police going door-to-door to round up firearms they deem to be illegal’?

The best defense is a strong offense. That is why since our founding in 2011, we have been educating people on how to defend themselves legally against the State. Making sure people understand the intricacies of the laws in Connecticut is a first step towards making sure that people survive (and win) court cases.

In conjunction with our substantial education efforts, we have worked closely with prominent firearms Attorneys in this state like Attorney Rachel Baird of Torrington, Connecticut. It is not uncommon with the cases she sees where the media and the State have ruthlessly attacked people’s character in public, and that client wants assistance in getting the truth out there. We are very good at that.

Connecticut Carry is a non-profit gun-rights organization calling on state officials to either enforce the recently passed expanded ban on so-called ‘assault weapons’ or else repeal the law altogether. You can read their press release on the matter here.