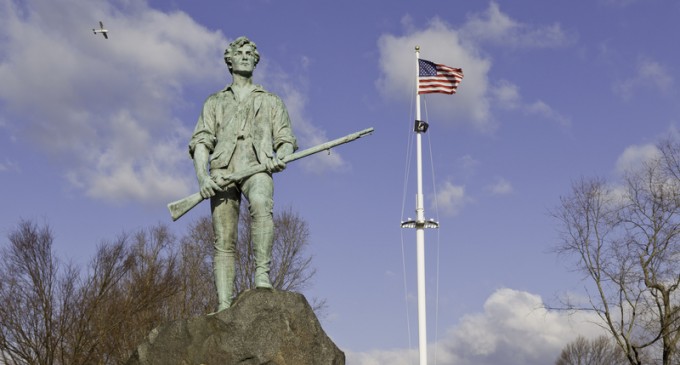 Liberals are a persistent lot, and they do not give up easily in the face of significant opposition and even constitutional rights. Those are just irritants to the self-righteous, arrogant zealots. They do not just insist on taxpayer funded abortion for all, they demand that it include partially delivering the baby and then tearing it limb from limb. They don't just object to speech they do not agree with, they demand that it be silenced, and sanctions against “microaggressions” but put into place to overwhelm the inconvenience of the 1st amendment. And they certainly do not agree with the idea that American citizens have a right own firearms, despite the clear wording of the 2nd amendment and a decisive ruling by the Supreme Court.

The idea is to chip away at citizen rights, particularly in local jurisdictions where individuals will have to bear the cost of a legal challenge for the taking of their rights. Most recently, in the town of Lexington, birthplace of the American revolution, yet another attack on American freedoms and rights is taking place.