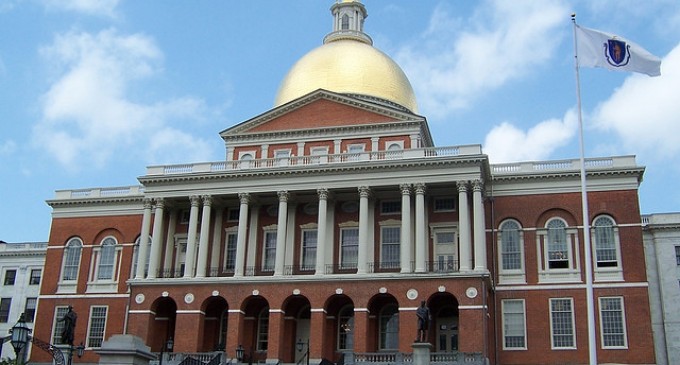 Massachusetts is currently creating a bill that gives unprecedented powers of the state over your right to bear arms.

“This egregious bill would empower police chiefs with discretion in licensing owners for shotguns and rifles, ban the private sale of firearms except through a licensed gun dealer, and create new firearm possession qualifications that could ban firearm ownership for thousands of hunters and gun enthusiasts across the Commonwealth,” warns the National Rifle Association’s Institute for Legislative Action (NRA-ILA).

The bill, HB 4121, would place a host of new hurdles in the path of potential gun owners in a State that’s not known for its lawmakers’ restraint in leaving the 2nd Amendment as it is. Gun owners both inside the State, as well as those throughout the Nation concerned about the general erosion of the 2nd Amendment right to bear arms, are calling the measure extreme and dangerous.

HB 4121 is dangerous legislation that seeks to further strip away your Second Amendment rights in Massachusetts. As anyone who has gone through the process to legally obtain a firearm in Massachusetts knows, there is no dearth of existing state laws that regulate the sale, purchase and transfer of firearms. State legislators on Beacon Hill should be repealing gun control laws, NOT enacting more to further restrict your Second Amendment rights.

The NRA-ILA is imploring Massachusetts residents to contact their State representatives and “urge them to vote against this dangerous anti-gun bill.” Even law enforcement within the State has come out against the bill; the Massachusetts Coalition of Police (MASS C.O.P.) — the State’s largest law enforcement union — has issued an official statement opposing the gun grab:

The Massachusetts Coalition of Police submitted written testimony to the Joint Committee on Public Safety and Homeland Security in opposition of House Bill 4121 An Act Relative to the Reduction of Gun Violence. Our reasoning is that we do not agree with the change in what can disqualify you for a license to carry a firearm in this bill. In the current legislation, if you are convicted of a misdemeanor that carries a punishment of two years or more, you are disqualified. In this bill it reduces that time to one year. This could negatively impact some of our members who had previously qualified and had no issues in the past. In some cases it could potentially terminate employment. This is the one issue within the bill that has an effect on our membership’s employment. There may be other issues that you do not agree with, or agree with in the bill. In any case, you should call your local State Representative and let them know that you are not in favor of this bill.

The Massachusetts Gun Owners Action League (GOAL) is keeping a running tab on the bill as it moves through the Legislature (it’s currently before the House Ways and Means committee); you can view its progress and find legislative contact information here.