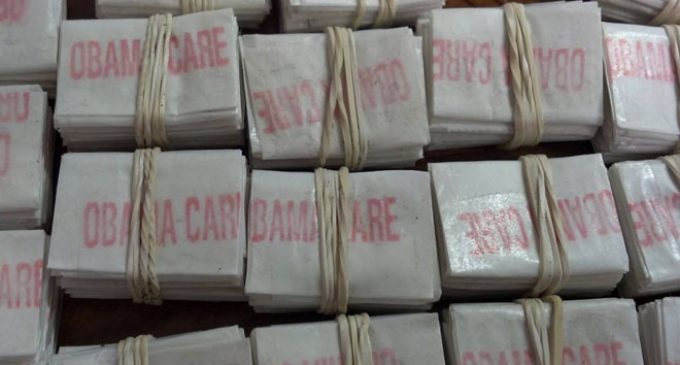 Looks like drug dealers are fans of B.O.’s ‘Change’. Perhaps they’re hoping for pardons in case they get nabbed? 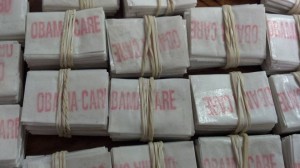 , a trooper spotted a vehicle in Hatfield, Mass., with several violations. Police called on a police K9, Frankie, who located the heroin in the vehicle.

Lt. Daniel Richard, a police spokesman, said each bag of heroin can command anywhere from $7 to $20 in street value. Though this is the first time Richard has seen “Obama Care” stamp on a drug bag, but similar stamps can be used by drug producers as a branding.

Obama’s name and likeness have turned up on other drugs such as LSD and ecstasy pills since his election in 2008, according to Politicker.