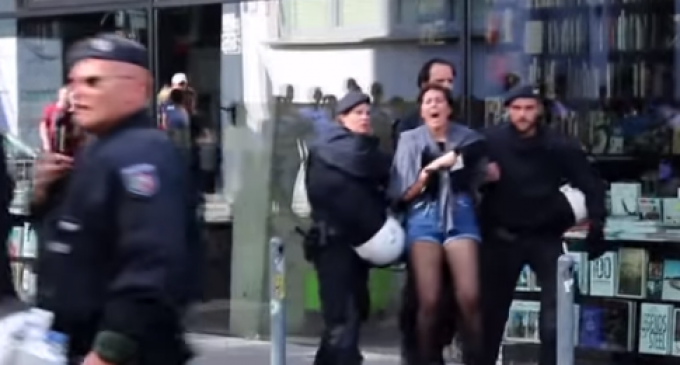 It’s becoming more apparent how few countries share in America’s core values. Germany recently was in an uproar with protesters. Rather than allowing a peaceful dual-sided protest, the police decided to target the group critical of Islam.

A large street rally held by Muslims waving the Turkish flag sparked German citizens to take to form a counter-protest. This all happened in the city of Dusseldorf, but both sides kept their distance from each other in an effort to maintain peace. The peace was broken by the law enforcement efforts to break up the crowd.

Police arrived on the scene aiming to round up the German counter-protesters and take them to prison for the crime of criticizing the Muslim provocateurs.

This madness and disarray occurred abroad. We would all like to think this could never happen in America, but in this era, it’s easy to believe it’s possible.

The excuses given for such behavior by the police officers include threats by the government.

Read more about this conspiracy on the following page.