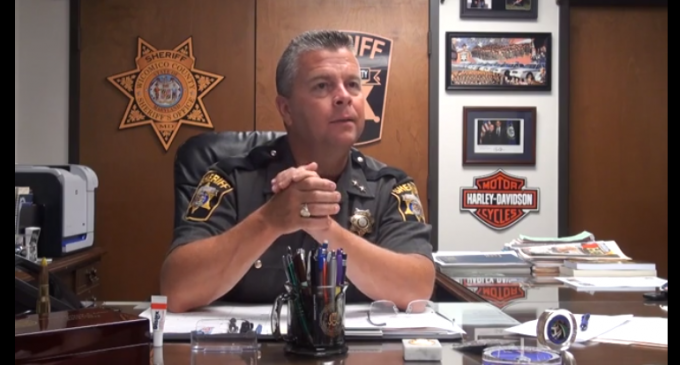 “As long as I'm sheriff in this county I will not allow the federal government to come in here and strip my citizens of their right to bear arms. I can tell you this, if they attempt to do that it would be an all out civil war, no question about it,” states Wicomico County Sheriff Mike Lewis.

Sheriff Lewis states he's been carrying a gun almost since he could walk, whether it be in hunting or in the course of his job as sheriff. He adamantly states that guns are not a problem at all for law abiding citizens. It is surely his actual experience with guns that gives him his realistic, non-fear-based point of view on our Second Amendment, it is his integrity that makes him defend it.

Those are 2 characteristics too often lacking in law enforcement these days. Sheriffs are, of course, elected, so they are generally more in line with our Constitution. All other law enforcement are borne of a legislative process.