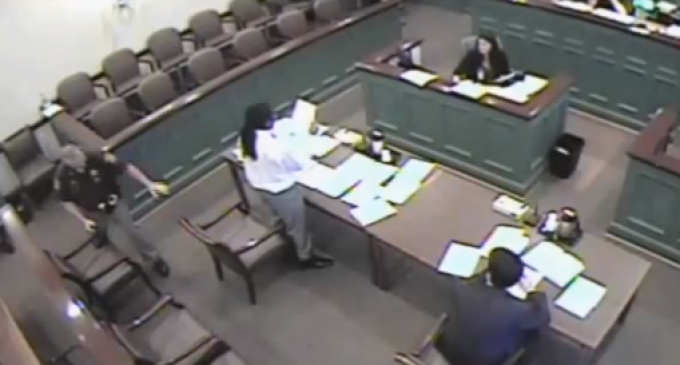 If a shocking incident in Maryland is any indication, judges are starting to act as a law unto themselves and treating their fellow Americans as subjects instead of citizens.

The story started innocuously enough, with defendant Delvon King reading a document aloud in court as he represented himself. While King's conduct was orderly and respectful, judge Robert C. Nalley grew impatient with the pace at which he was reading.

Granted, as a judge, Nalley is well within his right to make such an assessment and order King to act accordingly. If he really took issue with King's behavior, he could have verbally instructed him to change it.

But Nalley did nothing of the sort. Instead, he ordered a deputy on stand-by to activate a “stun-gun” attached to King's ankle, and incredibly, the deputy complied. The shock lasted only for five seconds, but that was long enough for the pain to force King to collapse on the floor as he screamed in pain.