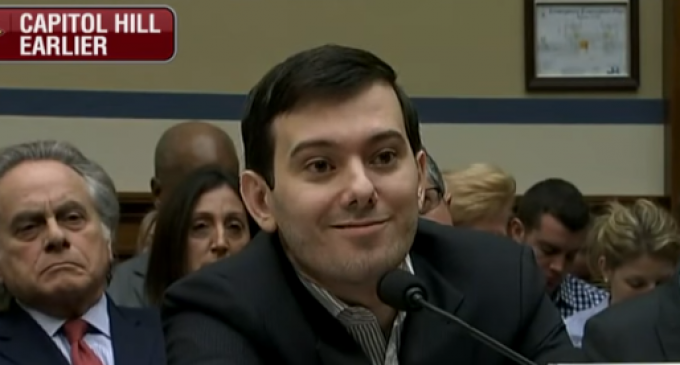 Martin Shkreli is a 32-year-old former hedge fund manager who simply has too much money and too much ego. He is an opportunistic millennial who has no heart and may simply be a sociopath.

For anyone who cannot remember, Shkreli is the former chief executive of Turing Pharmaceuticals, which sold a little known 62 year old drug called Daraprim. The drug was a life-saving medication for AIDS patients and others with a rare, compromised immune system disease, and prior to Shkreli taking the helm of Turing, the drug sold for $13.50 per tablet. He promptly raised the price to $750 per tablet, and challenged anyone to block his decision.

While there are certainly limits to how much government should be able to dictate private business practice, Shkreli exhibited some very compromised business ethics and quickly became a pariah in the business and health care community.

He smirked his way through it all.

Fortunately, he has now had his comeuppance and is on trial for other securities violations, though his outrageous price gouging is also playing a role in a government investigation where he is being questioned by various congressmen on the pricing scheme.

He is widely derided for his arrogance and smirking during the trial, clearly exhibited in the videos available on page 2.