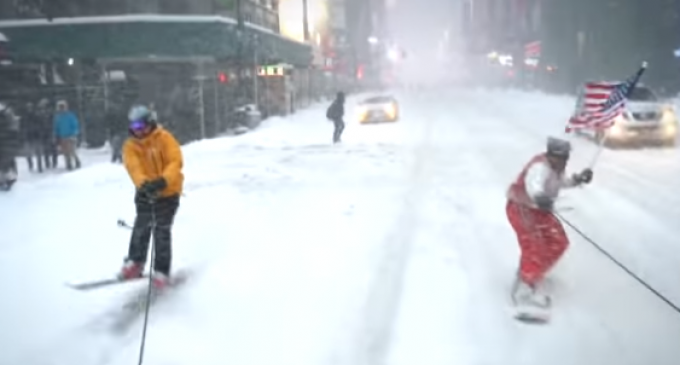 Obama's former Chief of Staff Rahm Emanuel said “Never let a crisis go to waste”, something that the government of New York City seems to have taken to heart.

As the biggest snow storm this year advances towards America's largest population center, the authorities have basically declared martial law. Citing the massive storm as too big a threat to disregard, the New York Police Department is threatening to arrest anyone who travels on the road in the coming days.

Calling the radical measure a “travel ban”, the NYPD say it is meant to protect New Yorkers from the potentially devastating weather. Drivers do not even need to be committing a crime to be arrested: they simply need to be on the road for law enforcement to apprehend them.