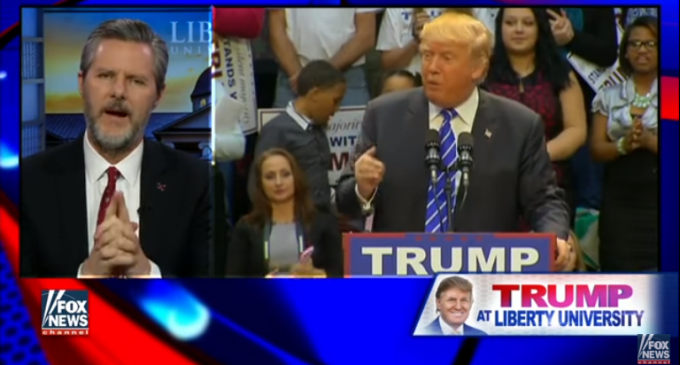 Jerry Fallwell Jr. tells about Donald Trump the way you have never seen him.

For months the American people have been bombarded with how ridiculous Donald Trump is in one form or another.

Yet through it all the support for Trump has grown. Swelled to historical proportions.

The triumph of Donald Trump nabbing the admiration of Jerry Falwell Jr. and the endorsement of Sarah Palin will serve to only frustrate the increasingly shrill critics of The Donald.

But The Donald just got bigger.

Now it's most likely a two man race between Senator Ted Cruz and Donald J.Trump in Iowa. With the endorsement of Sarah Palin filling his sails, Donald Trump is bringing his A game into the contest.

The fact that a political novice could best a Bush in a Republican primary speaks only to his acumen.

His supporters do, as well as Jerry Falwell Jr.

See the next page for Trumps charitable life