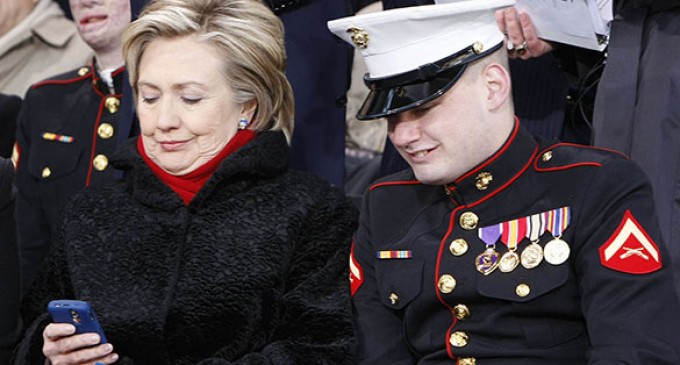 The boys of Benghazi made a difference, drawing a line in the sand and defending it til their last breath.  They stood at the gates of hell and looked into Islamic demon eyes while defending the consultant.  Those thirteen hours were more than a bump in the Benghazi road, Mr. Obama and the death of these men, Mrs. Clinton, makes a great difference to their families and to the rest of this country.

The following poem was written by a Marine Corps Officer to memorialize the heroes and castigate Obama and Hillary.

Just a fiery death in a blazing hell,
Defending our country we loved so well.
It wasn’t our job, but we answered the call,
Fought to the Consulate and scaled the wall.

We pulled twenty countrymen from the jaws of fate,
Led them to safety and stood at the gate.
Just the two of us and foes by the score,
But we stood fast to bar the door.

Just two dead Seals who carried the load,
No thanks to us…we were just “Bumps in the Road.”  — Annonymous

Four murders occurred on Hillary's watch, and she slept. When she was at last confronted in January of 2013, in exasperation she replied,

If you have forgotten that our Failer-in-Chief called this travesty and the loss of heroic lives a “bump in the road”, refresh your memory in the following video.  Obama is the worst President America has endured. Secretary of State Clinton is cruel and should be in jail, not the White House.