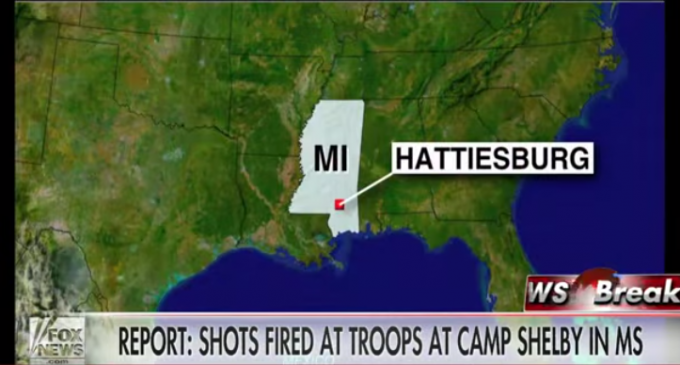 Mississippi’s National Guard has reported that soldiers training at Camp Shelby were fired upon on Tuesday at 11:45 a.m.

No injuries were reported at the military installation, which is described as “the largest state-owned and operated field training site in the United States.” Currently, it is one of two locations in Mississippi where US Army Special Operations Command is conducting Jade Helm training exercise.

Who fired upon the soldiers leaving us with many questions….

Continue on the Following Page: