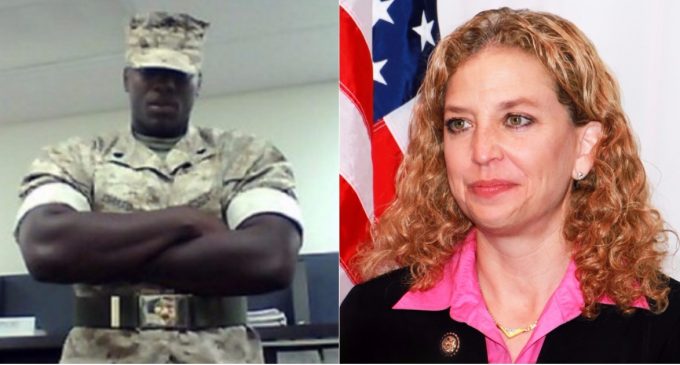 Debbie Wasserman Schultz claims Islamophobia is the reason her longtime assistant Imran Awan is being investigated. The Democrats love to play the Muslim card. And it's as racist as it is convenient. The only problem with their plan is that Patriots are too smart to fall for these stupid little traps.

Andre Taggart, the Marine who provided vital evidence to the FBI case against Democratic Rep. and former DNC Chairwoman, Debbie Wasserman Schultz, Andre Taggart, would like to set the record straight.

Oh and by the way, did we mention the man calling racist horse dung on Wasserman-Schultz's pathetic shrieks of “Islamophobia” is a black man and a registered Democrat.

Yup, that is how bad of shape the Democratic party really is right now. The only reason they’re attacking Trump right now is that is all they have left to grab onto while their party drowns in their own PROSECUTABLE corruption.