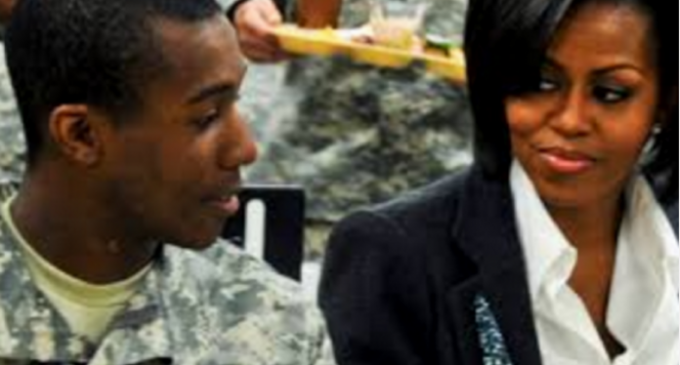 Barack Obama and Michele Obama's rise to superstardom — and the White House — has often been attributed to the color of their skin. In an election cycle in which many people were tired of the “old white man” stigma that had plagued politics for decades, along came a young, African-American couple ready and willing to lead the Democrat charge toward the presidency.

Well now that they've largely succeeded at playing the race-card up through the ranks of American politics, Michelle has now continued to use the strategy to try to accumulate support for her litany of liberal, race-free causes.

One Marine has had enough, and has responded to Mrs. Obama's racism baiting in spectacular fashion. He penned a letter in which he outlines how and why Michelle's fixation on race is much more racist than the way in which he sees color in America.

Check out the letter on the next page: