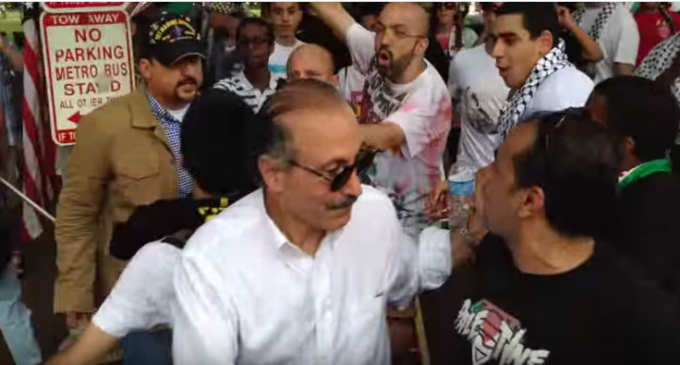 Marine Manny Vega (an Iraqi war veteran) holding an American flag in one hand, and a Israeli flag in in the other, was peacefully demonstrating at a “National March for Gaza” event in front of the White House.  As the video shows, Vega is attacked, spit on, and called a Nazi and “baby killer”.