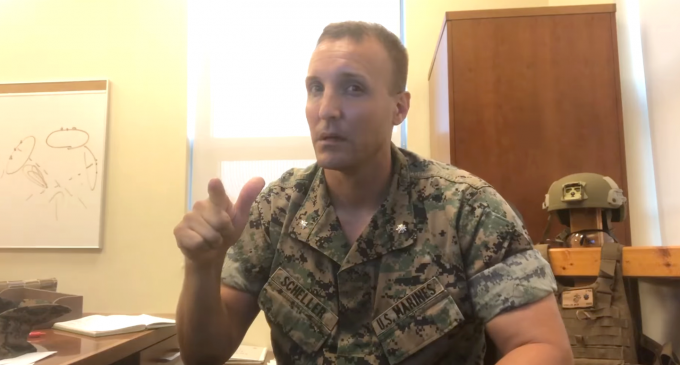 A Marine officer who said in a viral video he's was risking his career of nearly two decades to call out senior military and civilian leaders for failures in Afghanistan has been fired.

“The reason people are so upset on social media right now is not because the Marine on the battlefield let someone down,” Scheller says. “People are upset because their senior leaders let them down. And none of them are raising their hands and accepting accountability or saying, ‘We messed this up.' ”

“I’m not saying we’ve got to be in Afghanistan forever, but I am saying: Did any of you throw your rank on the table and say ‘hey, it’s a bad idea to evacuate Bagram Airfield, a strategic airbase, before we evacuate everyone,” he said, throwing his own rank on the table — proverbially speaking — when he added, “I think what you believe in, can only be defined by what you’re willing to risk. So if I’m willing to risk my current battalion commander seat, my retirement, my family’s stability to say some of the things I want to say. I think it gives me some moral high ground to demand the same honesty, integrity, accountability from my senior leaders.”

Move to the next page for details and the video.