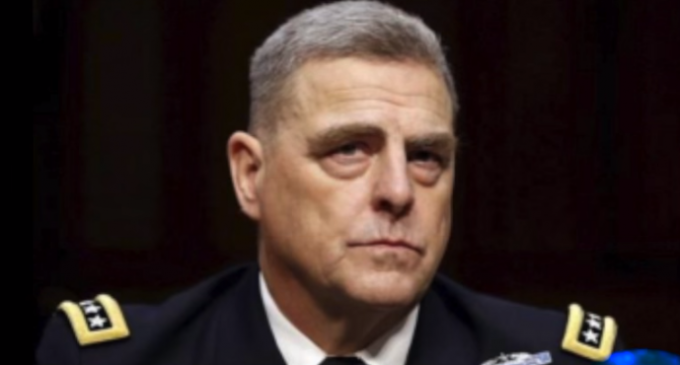 Luckily, many were listening when General John Paxton, who serves as assistant commandant of the Marine Corps, stated before the Senate Armed Services Committee that the branch might not be ready if they need to defend the country from a sudden threat. He further warned that the Marines could very well face high casualties and fail to stop possible enemies.

Speaking along with leaders from the Army, Navy, and Air Force, Paxton said the branch does not sufficient training and equipment to maintain the ability of servicemen to fight. He added that he is worried “about the capability and capacity [of the Marine Corps] to win a major fight.”

Of course, this creeping malaise within our armed forces is no surprise. Paxton is only the latest military leader to call attention to the weakening of the military. It's part of a deliberately-planned policy of the Obama administration to degrade servicemen's ability to mobilize and defend the US from attack:

“'All of our intelligence and communications battalions…would be unable to execute their full wartime mission requirements if called upon today,' he said.

The aviation units are faring no better, Paxton said. Approximately 80 percent of Marine aviation units lack the amount of ready aircraft that they need for training and to respond to an emergency, he said.

Paxton was repeatedly questioned about the Marines’ ability to respond to contingencies after the high number of training accidents its aviation squadrons faced in the last year. The collision of two Marine Corps’ CH-53 Super Stallions off the coast of Hawaii in January raised questions whether budget cuts were leading to a higher number of pilot and crew deaths.

On Tuesday, Paxton said the service is looking at whether there is a connection.