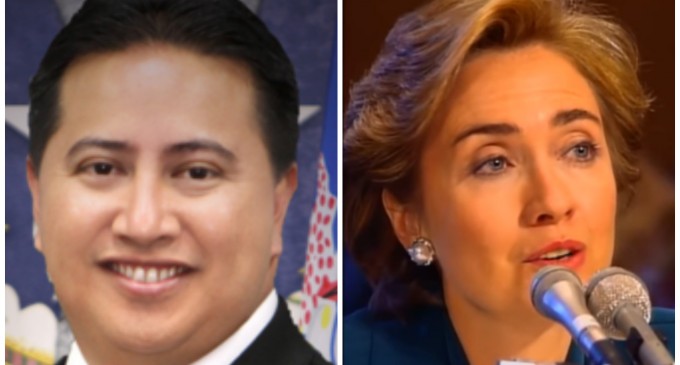 Liberals' obsession with raising taxes and gun control is bad enough, but apparently they don't think so, because now they're trying to combine the two.

Instead of simply banning handguns outright, the governor of the Northern Mariana Islands has decided to impose a whopping $1,000 tax to be paid on pistols – and idea Hillary Clinton endorsed back in 1993 as revealed in a newly released video seen on the next page.

The tax is per-pistol, meaning that citizens will have to shell out hundreds of dollars each time they want to get an additional firearm of that type.

Justifying the introduction of the tax, Governor Ralph Torres said that it was a necessary measure to ensure the safety of both law enforcement and the community. How this will help Mariana Islands residents protect themselves from common criminals remains a mystery.

But Torres is not content to simply abrogate the Second Amendment rights of the people he is supposed to represent: he honestly hopes that this new tax will serve as a “role model” for states in the continental US.