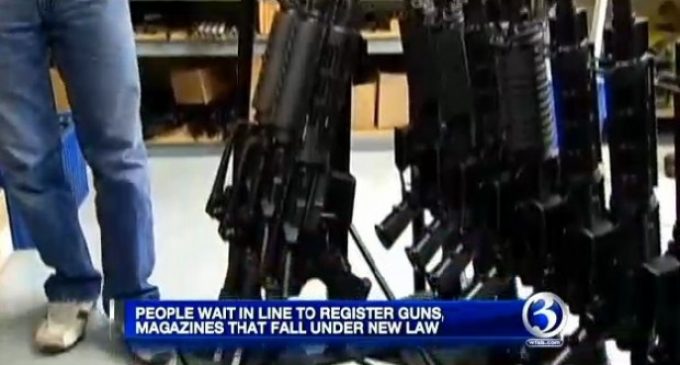 Connecticut's new gun registration law specified a compliance deadline of December 31, 2013, but despite long lineups to register so-called “assault weapons” it appears many Gun Owners never showed up. Some estimate that only 15 percent of rifles the law arbitrarily classifies as assault weapons owned by Connecticut residents were registered before the deadline.

This means on January 1st, 2014 the law made  the other 85% of those previously law-abiding citizens guilty of a Class D felony. That could mean anywhere between 20,000 and 100,000 people, according to The Courant.

State Senator Tony Guglielmo (R-Stafford) responded to the dearth of registrations: “I honestly thought from my own standpoint that the vast majority would register.” He then added, “If you pass laws that people have no respect for and they don't follow them, then you have a real problem.”

There is no clear indicator for how many ignored registration out of civil disobedience versus how many simply failed to register out of ignorance of the new law's requirements.

Either way, Mike Lawlor of Connecticut's Office of Policy and Management says the law has not failed. Rather, because all the unregistered guns are “now illegal,” they are out of circulation, and “the goal [was] to have fewer of these types of weapons in circulation.” 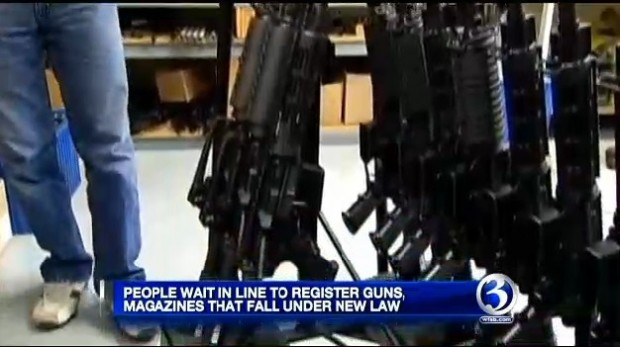