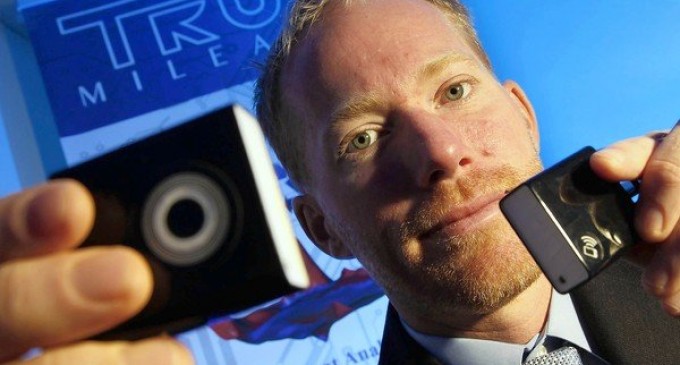 Can you believe this?

The government wants to spy on where we drive, but it’s for a ‘good’ cause….to give us more taxes!

The devices would track every mile you drive —possibly including your location — and the government would use the data to draw up a tax bill.

WASHINGTON — As America’s road planners struggle to find the cash to mend a crumbling highway system, many are beginning to see a solution in a little black box that fits neatly by the dashboard of your car.

The devices, which track every mile a motorist drives and transmit that information to bureaucrats, are at the center of a controversial attempt in Washington and state planning offices to overhaul the outdated system for funding America’s major roads.

The usually dull arena of highway planning has suddenly spawned intense debate and colorful alliances. Libertarians have joined environmental groups in lobbying to allow government to use the little boxes to keep track of the miles you drive, and possibly where you drive them — then use the information to draw up a tax bill.

The tea party is aghast. The American Civil Liberties Union is deeply concerned, too, raising a variety of privacy issues.

And while Congress can’t agree on whether to proceed, several states are not waiting. They are exploring how, over the next decade, they can move to a system in which drivers pay per mile of road they roll over. Thousands of motorists have already taken the black boxes, some of which have GPS monitoring, for a test drive.

“This really is a must for our nation. It is not a matter of something we might choose to do,” said Hasan Ikhrata, executive director of the Southern California Assn. of Governments, which is planning for the state to start tracking miles driven by every California motorist by 2025. “There is going to be a change in how we pay these taxes. The technology is there to do it.”