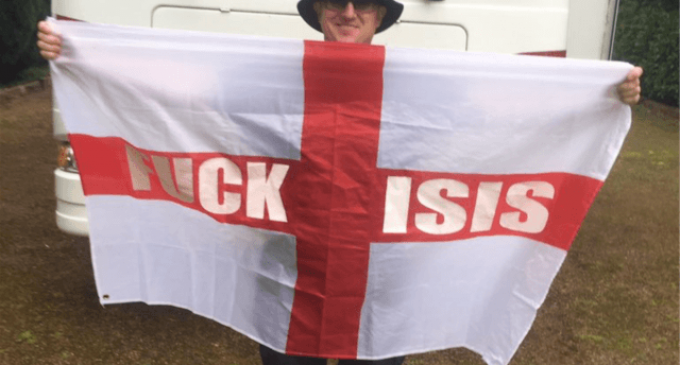 Of all of the weapons that ISIS has used against the innocent, political correctness is by far the most effective in their arsenal.

Look at all of the recent attacks by ISIS in America. Did President Obama and his liberal punch-drinkers equate any of it to Islamic extremism? No, they didn't. They hardly even acknowledged it as the work of terrorists. Instead, once again, they blamed it on guns and went after the American right to bear arms. Now they're trying to cripple the right of people to defend themselves against future attacks.

And in places like the United Kingdom, where people aren't even allowed to own guns, without out jumping through endless hoops, they're taking away people's rights to even speak out against ISIS. Apparently holding up a flag that says “f**k ISIS” is prejudiced against Muslims. I thought ISIS wasn't Islamic?

Uh oh . . . did we just catch liberals in their own contradictions?

The man being charged for “inciting hatred” isn't going to take this lying down.