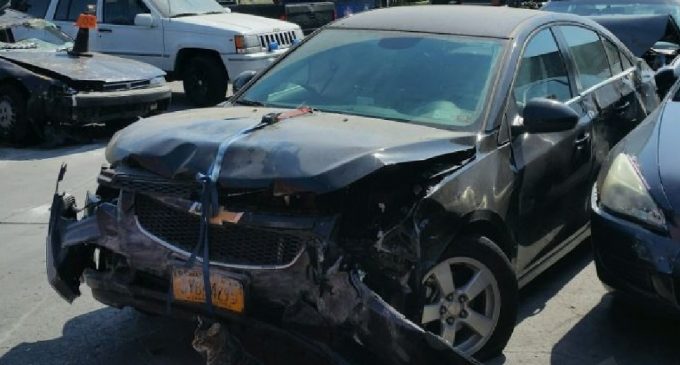 Oh Donald Trump, you America loving, trouble-maker. He's too honest, too smart, and apparently too good at causing car accidents he wasn't even near. It would seem that a certain Allah-worshiping individual was so angry with Donald Trump that he took to a California roadway and decided to crash into people while driving two hundred miles per hour.

One of the people he hit, believes he was the victim of a terrorist attack, and now wants this dangerous driver off the street. Can you blame him? The driver's name is Scott Alcala, who was driving to San Jose to play golf with his father when the collision occurred. Witnesses say that a car was going really fast and then swerved into oncoming traffic. One other car was hit in the collision. Both the driver and Alcala were miraculously safe and unharmed.

Alcala believes the driver of the car that hit him is a terrorist because of what he said when he left the vehicle.

Find out what the driver said on the next page.