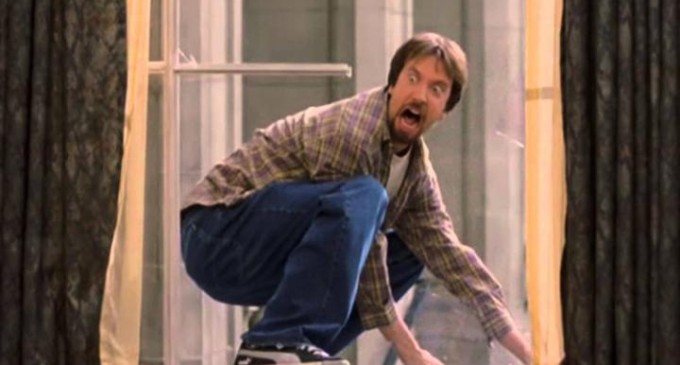 As much as America needs laws and law enforcement officers to keep things civil, it sometimes feels like the law focuses their attention on the wrong things. And some of those “wrong things” are actually quite bizarre. For example, a man in Concord, NC, was arrested this week for failing to return a VHS rental from 2002. While you're letting the words “arrested” and “VHS rental” soak in, know that that's not even the kicker.

James Meyers, was taking his daughter to school, when he was pulled over by police officers for a broken taillight. When they approached his window, they informed him that there was a warrant out for his arrest for failing to return a copy of Freddy Got Fingered back in 2002. Naturally, he thought they were joking. And who wouldn't? According to sources, the official charge was failure to return rental property. Well, how do you return rental property to a store that's no longer in business?

See what the star of Freddy Got Fingered had to say about it on the next page.