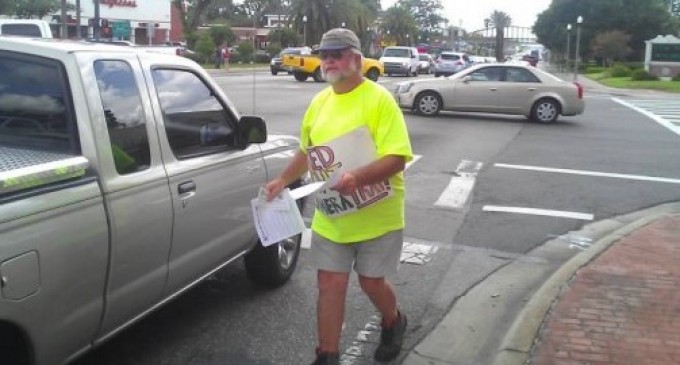 Apopka, Florida: libertarian activist Mark Schmidter was recently arrested and jailed. His crime? Peacefully protesting red light cameras. According to a Daily Caller report, Schmidter “stood at a local intersection and handed out flyers to drivers who were stopped during red lights. The flyers denounced red light cameras as a moneymaking scheme for the police department.”

Police arrested Schmidter for protesting without a permit, then jailed him when he would not give his name without speaking to counsel.

“I then told him if he did not provide his name, I would book him as John Doe and that he will have to sit in jail for however long it takes for the jail to identify him,” said Officer Robert Campbell in his report, according to the Orlando Sentinel.

Should Mr Schmidter be subject to arrest on the basis of ‘protesting without a permit'?