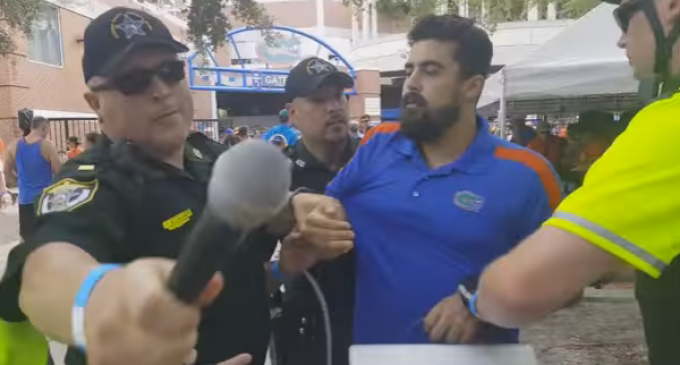 By trying to clamp down on people who argue that we are living in a police state, the government is only serving to prove their point.

Take for example the recent case of Bob Tuskin, known for co-founding the Free Your Mind conference and formerly serving as the host of Free Thought Project Radio. As seen in the videos on the next page, he was seeking to test the average Americans' perception of the official story surrounding 9/11 and decided to show people on the streets footage of World Trade Center Tower 7 collapsing.

Although most participants claimed that the building's collapse looked like a controlled demolition, virtually every one of them retracted their comments upon learning that the event they just saw occurred on 9/11.

Regardless of whether one buys into Tuskin's narrative, it was clear that he was not hurting anyone and only filming people who agreed to be included. But apparently somebody didn't like this, as police approached him and took him in for “harassing” people.