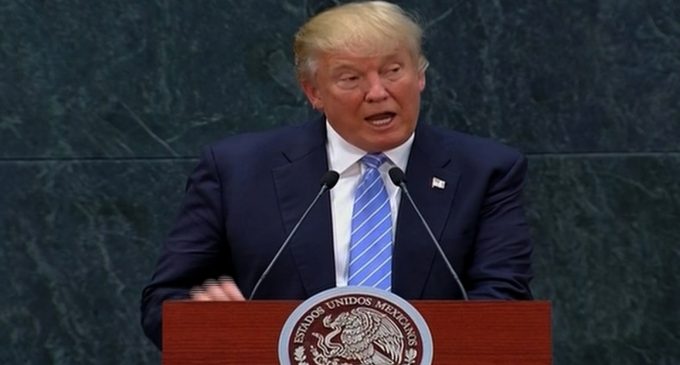 Donald Trump's slogan, “Make America great again,” has been synonymous with the candidate since he launched his campaign. While most campaign slogans go unnoticed and unremembered, Trump cemented his slogan in the American psyche by featuring it prominently on a hat he wore to multiple campaign events.

This immediately angered much of the mainstream press. After all, they've spent much of the last year painting Trump as the anti-Mexico candidate.

The new slogan isn't just meaningless pander, though. It's a representation of the Trump campaign's plan to make an immigration policy that benefits both countries.

See what that plan looks like on the next page: