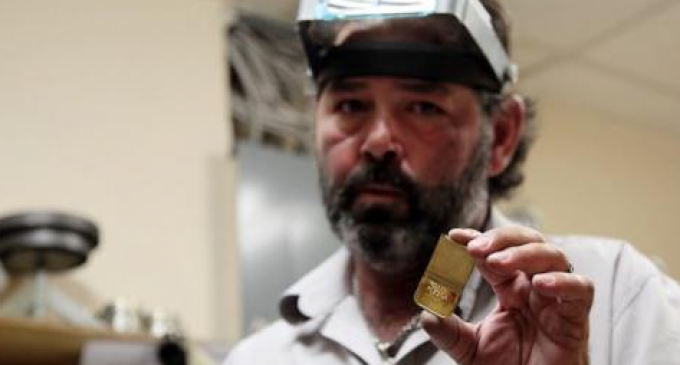 Yet another major scandal has been uncovered involving fake gold. This new discovery makes the counterfeit gold scare of 2012 look like child’s play.

The last time there was a widespread physical gold counterfeiting scare was in the summer of 2012 when as we reported the discovery of a single 10 oz Tungsten-filled gold bar in Manhattan's jewelry district led to a panic among the dealer community, which then resulted in local jewelry outlets discovering at least ten more fake 10-ounce “gold bars” filled with Tungsten.

But, should we really be surprised? Elites benefit from economic collapses. How it works is they buy up all the precious metals before deliberately crashing the markets. The value of the precious metals such as gold skyrockets then as the market starts to recover they convert the gold into blue-chip stocks.

How this correlates to the conversation today is very clear.

Head on over to the next page to learn how fake gold bars have been discovered to being purchased from government certified authorities.