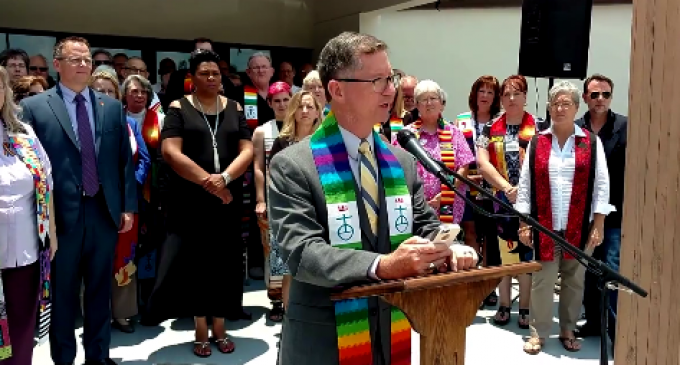 It appears that in 2016, the only acceptable form of racism is racism against white people.  This is because, according to the left, there is no such thing as racism against whites.  This is why nobody in the Democratic Party blinked an eye when it was revealed that Barack Obama attended the blatantly bigoted anti-white, anti-American sermons of Reverend Jeremiah Wright.

This very notion completely ignores the fact that it was mostly other black Africans that enslaved blacks in the first place.  It also ignores that black Americans are better off than blacks anywhere else in the world today.  Now, a major Protestant church has appeared to have bought into the white privilege indoctrination fad.

To read why a church recently put out a statement condemning every single white person as a racist, continue reading on the next page: