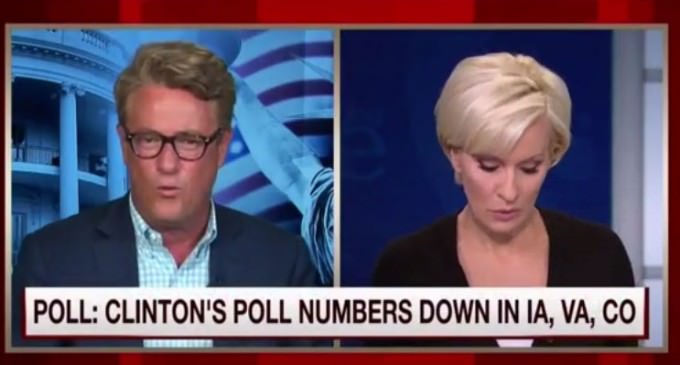 MSNBC’s Morning Joe panel appeared baffled and appalled when discussing a Quinnipiac University poll showing top candidates’ ratings in several swing states. They found it tough to accept that the numbers showed Hillary Clinton was rated highly UNfavorable compared to favorable in all cases, but there was another detail that had the panel even more confused.

Watch a clip of the exchange, including the summary of the candidates’ numbers next.

Video on the NEXT PAGE: