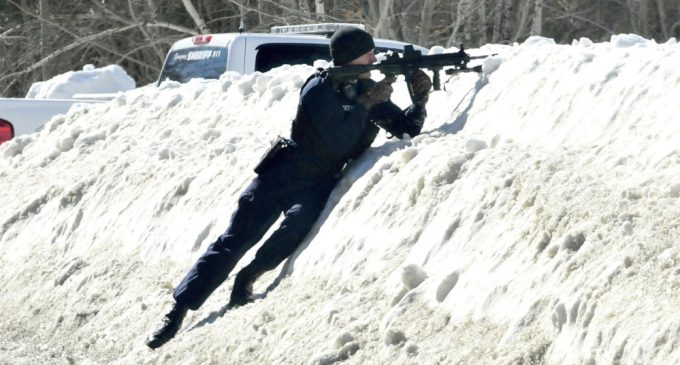 Police in Norridgewock, Maine, descended on a man’s home armed with assault rifles. They were responding to a report from a tree removal company that the homeowner ‘had a gun'.

Alas, the “gun” the tree crew had seen on Michael Smith of Norridgewock was just a life-sized tattoo of a handgun on his stomach.

Smith works nights and was asleep when the tree crew contracted by a utility to trim branches near power lines, woke him up at about 10 a.m. Tuesday.
He went outside shirtless and yelled at the workers to leave. When he’s not wearing a shirt, the tattoo looks like a gun tucked into his waistband.

Smith tells the Morning Sentinel the tattoo has never been a problem before.

“Obviously it was a misunderstanding and he didn’t have a weapon, but we had to respond to the initial report as if he did,” Maine State Police Trooper Scott Duff said. “We take all precautions when we don’t have the details.” 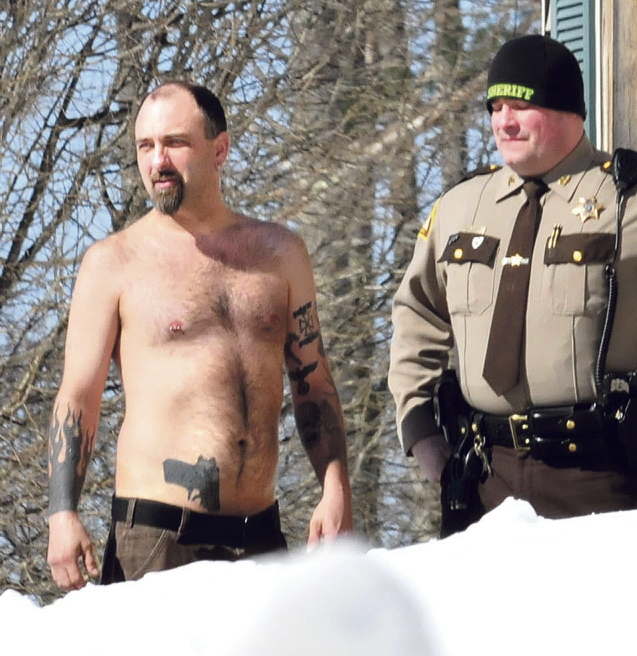 Norridgewock resident Michael Smith, with a tattoo of a gun at his waistband, stands beside a Somerset County sheriff’s deputy Tuesday morning 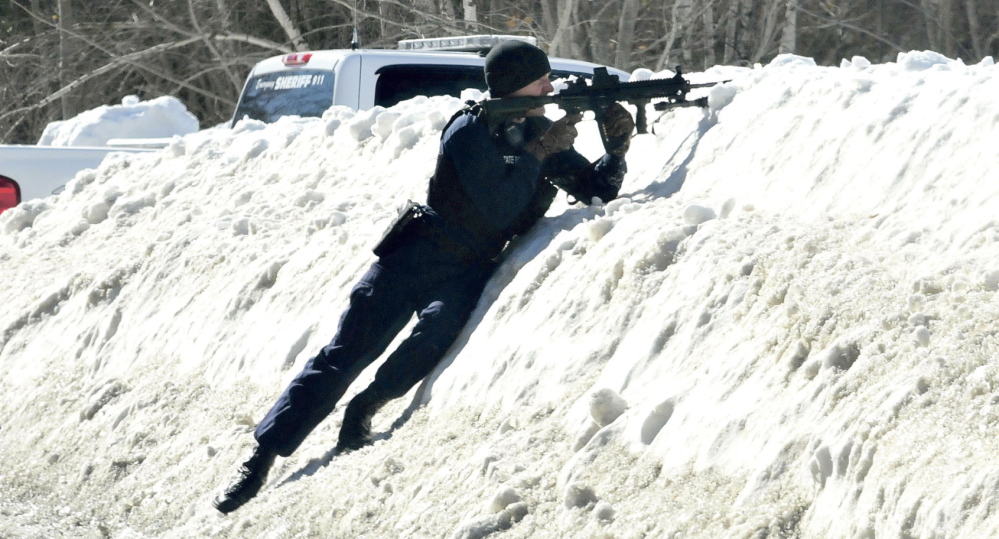 Trooper Scott Duff points his rifle toward the home of Michael Smith on Tuesday morning as other police call for Smith to come out of the home in Norridgewock. Tree workers called police earlier after they mistook a pistol tattoo on Smith’s stomach for a real firearm