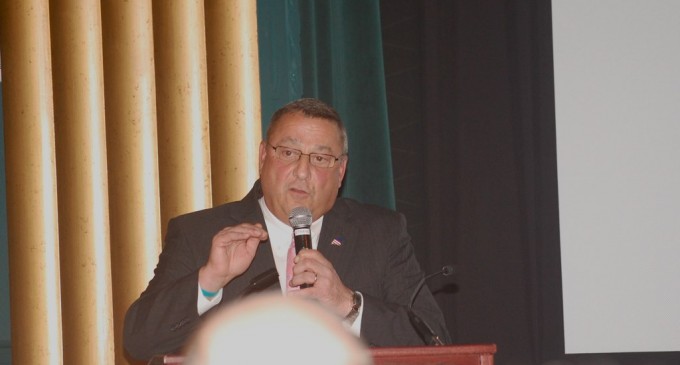 “We must continue to do all that we can to eliminate generational poverty and get people back to work,” LePage said in a statement announcing the change, which would take effect Oct. 1. “We must protect our limited resources for those who are truly in need and who are doing all they can to be self-sufficient,” stated LePage.

“Able-bodied” is defined by the Maine Department of Health and Human Services as adults between the ages 18 to 49 who have no dependents, are not pregnant and are not disabled.

“We must continue to do all that we can to eliminate generational poverty and get people back to work,” LePage said in a statement announcing the change, which would take effect Oct. 1. “We must protect our limited resources for those who are truly in need and who are doing all they can to be self-sufficient.”

Currently, Maine receives a waiver from the federal government that allows some food stamp recipients to receive benefits without meeting work requirements. Maine has received the waiver for the past six years, largely because of its high employment rate and anemic job market.

In fact, all but four states have received waivers during at least some years since 2008, when the economy sank and unemployment rose nationwide, according to the U.S. Department of Agriculture, the agency that oversees the Supplemental Nutrition Assistance Program, commonly known as food stamps. It was not clear Wednesday how many of those states receive a waiver this year or how many have reinstated the work requirement.

Without the waiver, able-bodied food stamp recipients in Maine will need to meet a work requirement outlined in federal law, which means they need to either work at least 20 hours a week or volunteer for a community agency.
According to the Maine Department of Health and Human Services, able-bodied recipients are defined as adults ages 18 to 49 who have no dependents, are not pregnant and are not disabled.

Those who fit the definition of able-bodied will receive notification of the change in the coming weeks.

WHETHER MAINE WOULD STILL QUALIFY IS UNCLEAR

Stormie Whitten, 25, of Portland, has been homeless for a year. She has physical and mental disabilities but hasn’t applied for disability insurance benefits and doesn’t plan to.

“I pretty much rely on my food stamps so that I can feed myself and it keeps getting cut so it’s harder and harder to supply food for the month,” Whitten said Wednesday outside Paul’s grocery store on Congress Street. “But if I lost them, you know, it would be that much harder.”

Whitten says her mental and physical disabilities prevent her from getting a full-time job. She tries to find work as a house cleaner and is currently house-sitting, which allows her to avoid staying in a shelter. Whitten said she won’t be able to support herself if she loses the food stamps.

“I don’t want to use every benefit available to me,” she said. “I don’t stay at the shelter, but food is the one thing that I really need help with – food is extremely expensive and I don’t know what I’m going to do when they turn the program off.”
Dean Taylor, a 30-year-old from Portland, said he thinks people should work, if they can, as “a resourceful way to pay for your food stamps.”

“There are those that are mentally and physically disabled that can’t, but other than that, if you’re able to, then it’s just a matter of the resources,” he said.

Taylor said that he was unemployed in 2012 and received $189 per month in food stamp benefits. Taylor wasn’t aware at the time that the waiver was allowing him to receive the benefits without being required to work or volunteer. When he couldn’t find work in Maine, he moved to Florida, but recently moved back to Maine hoping the economy had picked up enough to find a job. He said he still sees people who rely on assistance.

“Everywhere you go you see lines of people (with food stamps),” Taylor said. “Who knows how many of them are actually looking for employment, but I know some are.”

It’s not clear whether Maine would still be eligible for the waiver for an additional year, given the improvements in the job market and unemployment rate. But the LePage administration does not plan to apply. 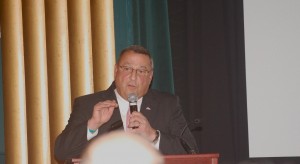