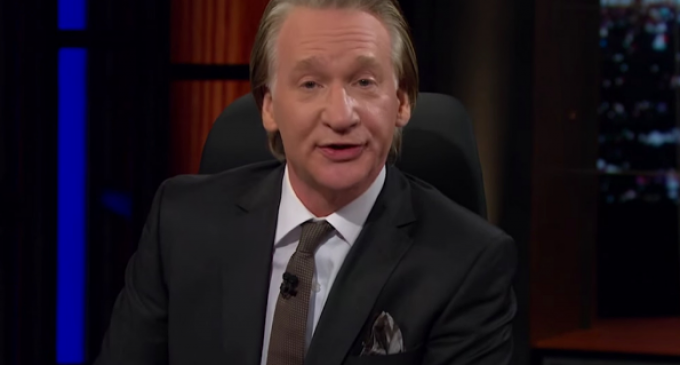 Bill Maher is arguably one of the most ignorant men on the face of the planet.  His ideas of what is sensible and logical come from the point of view of a very unattractive man who was probably even a more unattractive child who appeared to be stricken with progeria and who never had a girlfriend until he was in his mid-thirties (attempting to curry the favor of young ladies by profusely faking support of women’s issues in college).

Maher’s Leftist ideology also derives from the fact that he comes from the background of a wealthy family and attended Cornell University where “selling pot allowed me to get through college and make enough money to start off in comedy.”

While pretending to be a Libertarian, this is a guy who is infatuated with the idea of Socialism and will talk up such ideas while out of the other side of his face stating that he doesn’t believe in it.

In a recent tirade about ignorant rednecks in Texas hating the government, but being willing to take all the government assistance in Houston after Hurrican Harvey, Maher (typical of Leftist morons with not an ounce of sincerity or truthfulness) failed to mention one very important detail about the flood victims there.

Read about and listen to Bill Maher, hero to Communists the world over, as he makes himself out to be some sanctimonious know-it-all, when he is yet again an ignorant, Narcissistic hypocrite with about as much sense as Global Warming temperature predictions on the next page!