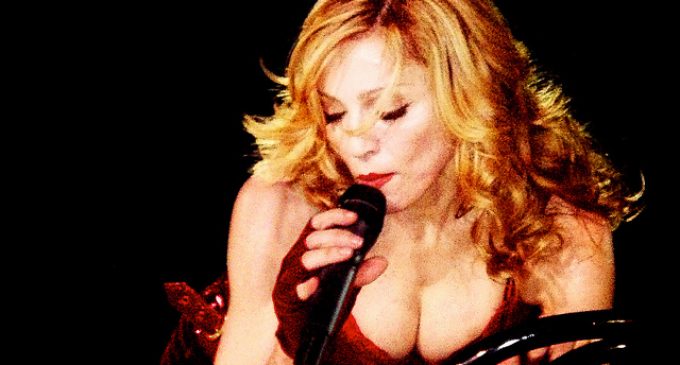 This year's election has brought out the best in many celebrities, and by best I mean the pentacle of ignorance, stupidity and perverse tactics. This week Madonna promised oral sex to anybody who would vote for Hillary Clinton. While Madonna has made some pretty disgusting remarks before, this is probably the worst. Maybe twenty years ago, voters might have gone for that kind of thing, but what she did while opening for comedian Amy Schumer in New York might actually scare Hillary Clinton voters away. It's like having sex with somebody's grandmother because they were once featured in an issue of Playboy.

Madonna ain't “Like a Virgin” anymore. The fact that she was an opening act for Amy Schumer, who isn't very funny, shows just how far she's fallen. And never mind the contradictions her offer presents. While Hillary Clinton claims to be fighting for women's rights, Madonna is basically offering to whore herself, thus making Hillary her pimp.

Read her exact comments on the next page.