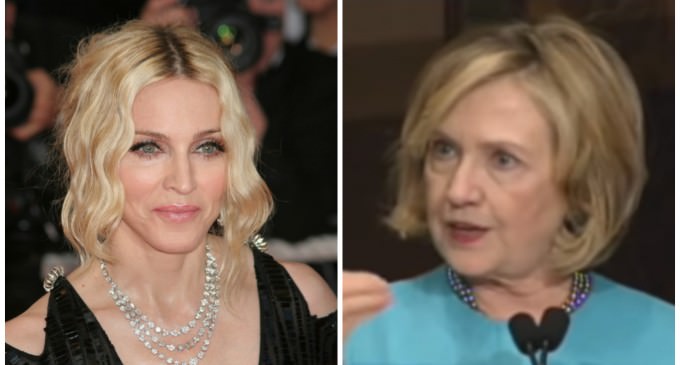 If there's one thing about celebrities that has remained consistent over the years, it's their ability to say stupid, sometimes well-meaning things that come out of their mouths in a mess of mingled words that clearly shows a lack of understanding about how the world works. While this is something that's endlessly entertaining for people who are actually capable of logical thinking, the fact that so many people are so enamored by the famous, it can also create very dangerous ways of thinking.

For example, during a Madonna concert, she took a moment to talk about the attacks in Paris and actually encouraged people in the audience to love ISIS unconditionally, despite all of the people they'd killed. Surprisingly, her speech started out really well, but after making a number of valid points, things started to take a turn for the worse, claiming that the only thing that would change the world is unconditional love. I wonder if she would still feel that way upon being sold into sex slavery, after blowing kisses.

Listening to it is like standing in front of a derailing train. You want to move, but the chaos is mesmerizing. Then there was Hillary Clinton who somewhat echoed what Madonna said, the only difference being that the world already knows about her stupidity.