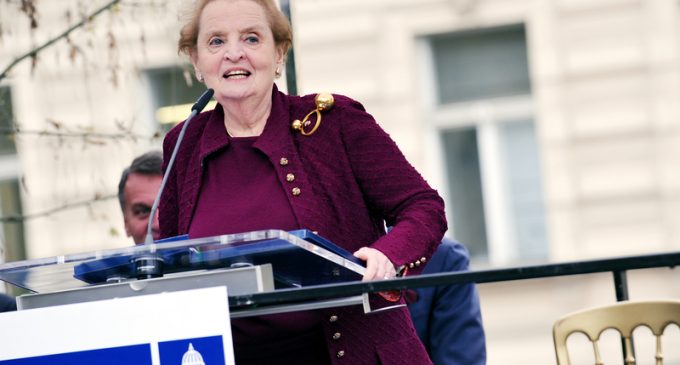 Madeline Albright, the former secretary of state under the Clinton Administration has responded to Donald Trump's temporary ban on refugees by stating that she is ready to register as a Muslim. Her reasoning is bizarre.

There are two things here that should really be addressed. One, listing out all of the religions you've participated in like you're filling out a job application doesn't mean anything to anybody. If Lindsey Lohan can become a Muslim, a woman who has absolutely no relevance in modern society isn't going to be much of a shock factor. Two, she's almost eighty years old. It's doubtful that she would be able to get on the ground and pray five times a day without either a mini forklift or the help of somebody who isn't Muslim.

And let's not forget about the biggest factor here . . . President Trump really doesn't care, and chances are that Muslims don't either. She might as well be Rosie O'Donnell.