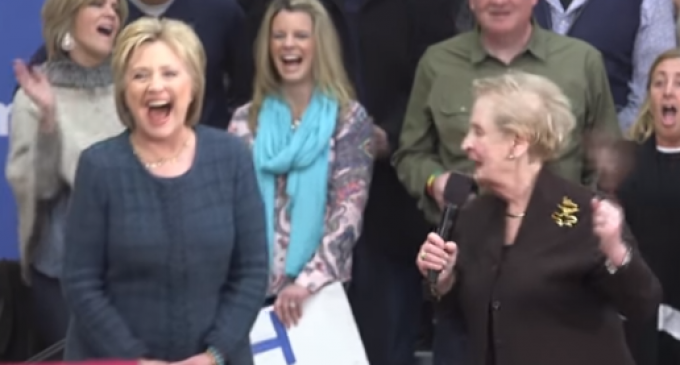 The idea of being anywhere near Madeleine Albright is a strong enough incentive to not heed her advice and join her in voting for Hillary Clinton.  She certainly shares the same diabolical company as Hillary and it is no wonder she is campaigning strongly on her behalf.

During a Clinton campaign event, the first weekend of February, Albright said, “There’s a special place in hell for women who don’t help each other… [some] don’t understand the importance of why young women have to support Hillary Clinton.”

There is a special place in hell indeed for Albright, who confessed during a 60 Minutes interview in 1996, as the Ambassador to the United Nations, that the killing of 500,000 Iraqi children was a worthwhile price to pay due to UN sanctions.   It is no wonder she is stumping for Hillary, as both women have heinous records dealing with Middle East crisis.

Albright's place in hell can be read about on page two.