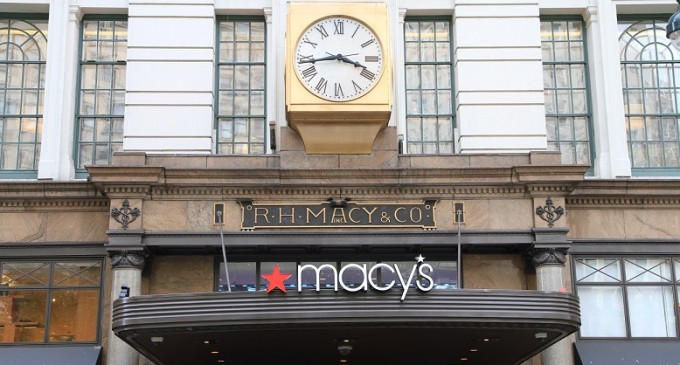 American retail is taking a hit this year, despite years of President Obama “fixing” our economy. Among the long list of well-known shopping destinations facing disaster is Macy's.

Macy's is shuttering many locations due to a host of economic conditions… and one serious mistake.

There was no mention of the impact their 10 million dollar CEO Jerry Lundgren had on sucking up valuable dollars but the normal excuse of “I am paid by a board” was surely thrown around the few times he had to excuse himself this year.

Decisions reached by that board had a major impact on Macy's this year. One of which was it's ill-fated decision to make war on Donald Trump. While Manhattan liberals celebrated the decision to fire Trump, the rest of the country was having none of it.

This summer Macy's was deluged with complaints about their treatment of Trump because he took a strong stance on immigration. TMZ reported over 30,000 complaints were received by Macy's and a spokesperson for the retailer said the following.

We're told the complaints have come in various ways, including phone, Facebook and email. A Macy's spokesperson would only say, “Our Facebook page is often times used by our customers to express their feelings or points of view. Many times it does not correlate to any action.”

“Many times it does not correlate to any action.” Except when it does after you enrage the current political revolution.

See the next page for more on the fall of Macy's