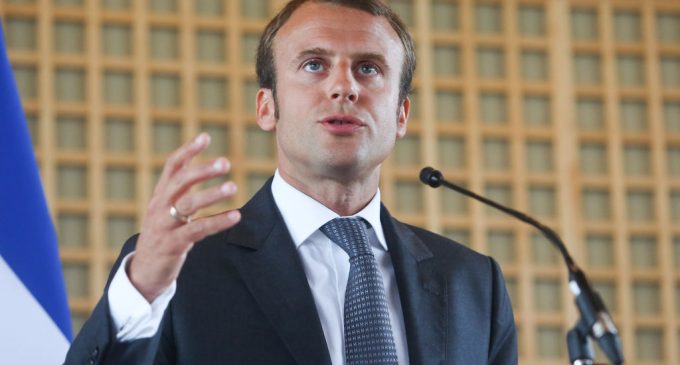 French president Emmanuel Macron said his leadership is god-like this week — showing that no politician matches his sense of inflated self-worth.

In a battle of world leader egos, Macron would take home the prize in a blowout. Sure, Donald Trump lives in gold houses and fancies himself a bit of a celebrity, but he certainly never refers to himself as a god. On the campaign trail, Trump was anything but. Despite his money, he appeared more of an everyman than his establishment opponents. It's a big reason why he won.

France, on the other hand, elected the most establishment candidate in the race. His uppity tone is often condescending — so it should come as no surprise that he was endorsed by Barack Obama, the most condescending American president in modern history.

But even Obama never referred to himself as a god. He stopped at merely suggesting it at the 2008 Democrat National Convention, where he spoke among a Roman pillar backdrop.

Maybe Macron could take some pointers. Even if you think you're god-like, it's best not to say it.

See how he claimed to be akin to a god on the next page: