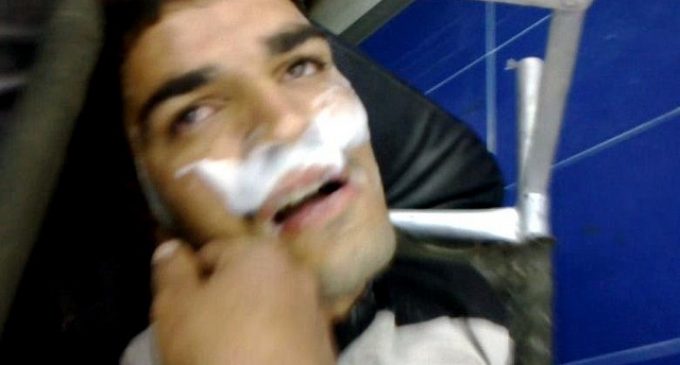 The Obama administration, along with the governments of France and the U.K.  fabricated evidence the Assad regime was able to deliver deadly chemical weapons, according to a new report from the Massachusetts Institute of Technology (M.I.T.). The report was authored by former UN weapons inspector Richard Lloyd and Professor Theodore Postol and show how the three nations fabricated a fraudulent case against the ruling regime in Syria with the intent to force acceptance of western military force in the region.

MIT concluded that the already questionable evidence of rockets lying amongst the rubble in Damascus suburb Ghouta – could not have delivered the alleged ‘Sarin payloads’ from government-held area.

The western war deception was also exposed before Christmas, thanks to US-based investigative journalist Seymour Hersh, who dropped the ultimate bombshell regarding the US, UK and French governments’ incessant drive for war in Syria. According to Hersh, war-hungry puppets Barack Obama, David Cameron, John Kerry and William Hague conveniently left out the most important information when styling their ‘open and shut’ case against Bashar al-Assad for the alleged chemical attack on the morning of August 21, 2013. Hersh explained the deception in his report entitled,‘Who’s Sarin?’, published with the London Review of Books:

“(President Obama) failed to acknowledge something known to the US intelligence community: that the Syrian army is not the only party in the country’s civil war with access to sarin, the nerve agent that a UN study concluded – without assessing responsibility – had been used in the rocket attack. In the months before the attack, the American intelligence agencies produced a series of highly classified reports, culminating in a formal Operations Order – a planning document that precedes a ground invasion – citing evidence that the al-Nusra Front, a jihadi group affiliated with Al-Qaeda, had mastered the mechanics of creating sarin and was capable of manufacturing it in quantity. When the attack occurred al-Nusra should have been a suspect, but the administration cherry-picked intelligence to justify a strike against Assad.”