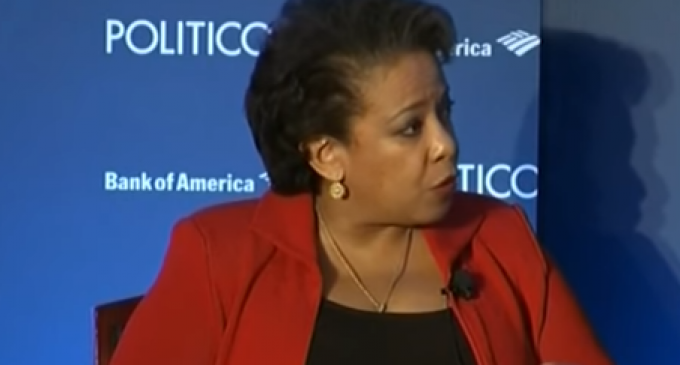 Gaping cracks are already appearing in the left's absurd narrative about Russian interference in the election, so much so that even the Obama administration is wary of committing itself to it.

With the election concluded and the country now on track for another four or eight years of Republican leadership, the left has effectively abandoned President Obama and consigned him to the status of lameduck. Unwilling to countenance the thought of a President Trump, they are desperately trying to get Hillary Clinton into the White House, from calling for vote recounts that ended up in Trump receiving even more votes to urging electors to not vote for him.

But their most pathetic gamble by far is their attempt to convince their fellow Americans that Putin's Russia intervened in the election to deliver it to Trump, a notion that the media is parroting incessantly even though there is one small problem with it: there is no evidence.

See video of Attorney General Loretta Lynch comment on the hacking allegations on the next page:

High on indignation as a result of this conspiracy theory, Democrats are demanding that the White House launch a formal investigation into the matter. Of course, they're curious as to why nothing was done sooner, as the administration would be the first to know if a threat existed. This is because, as Attorney General Loretta Lynch recently confessed, there is simply no proof of “technical interference” on the part of Russia in the election.