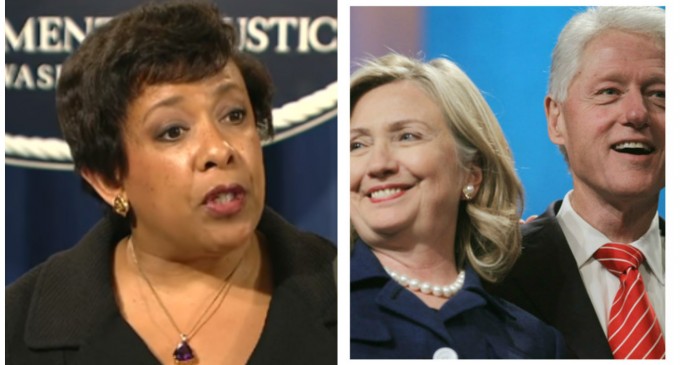 It's finally official. After FBI Director James Comey recommended that the Department of Justice not indict Hillary Clinton on criminal charges, it was only a matter of time before Attorney General Loretta Lynch officially closed the investigation.

She did so the day after the recommendation was made.

The announcement was more a formality than anything else. Loretta Lynch was forced accept whatever the FBI recommended after her private meeting with Bill Clinton caused accusations of bias on the part of the attorney general.

When Lynch made that initial announcement, many considered that a positive development toward the indictment of Hillary Clinton. Now that the recommendation has come in Mrs. Clinton favor, however, Lynch can essentially hide behind her promise not to oppose the FBI.

It's all very convenient for Mrs. Clinton. In the end, her husband's meeting with Loretta Lynch made it impossible for Hillary to be charged.

But her elite status has nothing to do with it. Right…

See Loretta Lynch's statement on the next page: