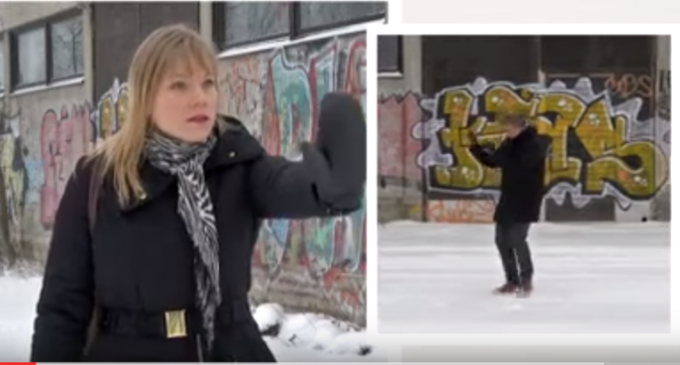 Just use The Force to battle off would be rapists, states Finnish police, because pepper spray, tasers and guns are bad; apparently worse than getting raped.

In a ridiculous video, with dramatic music and a very serious actress, the would be rapist is thwarted with just a “magical” pushing motion in the direction of the perpetrator.  He sheepishly backs away and the woman in strength and beauty walks confidently away.

This is quite a serious and dangerous video, being used to “educate” women on how to not get raped in the aftermath of sexual assaults in Cologne Germany. Finnish police are encouraging women “use the force” and to swing their handbags, because purse swinging always scares evil raping men. Of course, this would never work in the real world and does an amazing disservice to the women of Finland to say the least.

Self-defense classes have exploded because of the refugee rape culture that is flooding across Europe.  Women are not safe to go out even in groups and therefore they are learning how to defend themselves against these perpetrators.

View the how to defend yourself video on the next page.  Sadly, it is not satire, though it sure appears to be.