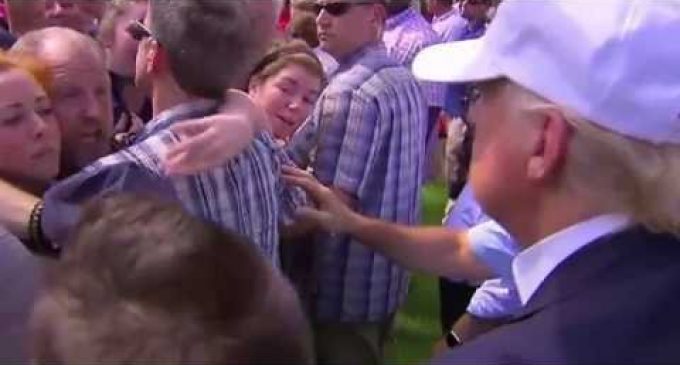 So it comes as no surprise that she doesn't show up to express concern and compassion for the people of Louisiana who have been suffering from devastating flooding, some of whom have lost everything. Even Mr. Obama finally managed to put in an appearance, after he finished his golf game of course.  So while Mr. Obama's visit might be characterized as “too little, too late,” Mrs. Clinton is being called “No Show Hillary.”

Meanwhile, Trump showed up and promptly donated $100,000 to the relief effort.

This shows you where these people's priorities are, doesn't it?  And if you are wondering if things are really that bad, we've got a video for you.