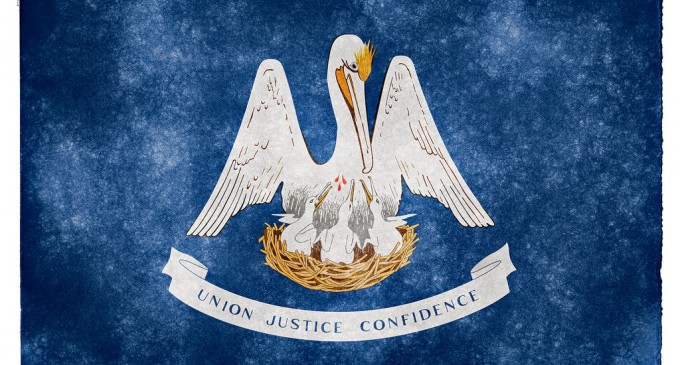 A bill introduced by Senator R.L. Allain SB 651 would allow legislators to carry concealed handguns into places currently prohibited by law, while voting down bills that would expand gun rights for ‘common folk’.

“It was not my intent to create as special class, but to add to one that’s already there,” stated RINO Allain.

The ‘Legislative Privilege Bill’ passed the committee with a 10-2 favorable vote.

Representatives in Louisiana, or rather, the ‘public servants’ of Louisiana, feel that they are no longer servants, but a special class of people who should have more rights than the people they ‘serve’.

Louisiana Elitist Legislators Vote to Expand Their Gun Rights But Deny Yours!

Many citizens from across the state of Louisiana showed up to the Administration of Criminal Justice Committee meeting Tuesday morning to support their right to keep and bear arms. Representative Barry Ivey brought up three pro-2nd Amendment bills to be heard by the committee. However, the legislators had a pro gun bill of their own that treats them as a special class of people. This bill introduced by Senator Allain SB 651 would give our elected legislators the ability to carry concealed handguns into places that the current law restricts concealed carry permit holders. As the State Coordinator for Gun Rights Across America, I felt the need to express my view of this special privilege bill. I stated: “Gun Rights Across America opposes this bill because we believe that the citizens of Louisiana deserve equal protection under the law”. I agreed that they should be able to carry into these places, but that the law needed to be for all citizens and not just legislators.

Isn’t the life of an ordinary citizen just as important as the life of a legislator? Apparently my opposition created quite a stir. Although I got a near standing ovation from the citizens in attendance, which was condemned by the committee chair, many of the legislators were visibly upset! Senator Allain said “It was not my intent to create as special class, but to add to one that ‘s already there”. One particularly upset elitist was representative Sherman Mack. Mack posed a simple rhetorical question in an effort to chastise me. He said “So the only reason that you oppose this bill is because it lets ‘us’ do something that ‘you’ can’t do?” My answer was simple: “We do not support any bill that does not provide citizens equal protection under the law! Representative Mack further displayed his disdain for the average citizen when he pointed directly at me as he voted against HB494, the constitutional carry bill, insinuating that he only did so out of spite. SB 651 , the ‘Legislative Privilege Bill’ passed the committee handily with a 10-2 favorable vote.

The citizens of Louisiana and Representative Ivey gave great testimonies in favor of HB494, but the committee was not interested in facts, reason, logic, or their constituents point of view. HB494 was a Constitutional Carry Amendment to the Louisiana State Constitution that would have to be passed by both the house and senate and then voted upon by the people of Louisiana in order to be adopted. If adopted it would allow any law-abiding citizen to carry firearms either concealed or openly without a permit. However, the committee decided that the people did not deserve a vote. According to Jeffery Craig of Louisiana Open Carry Advocates, “There was plenty of political pandering, attacking, misleading, and angling. The deception was appalling. The members of the committee didn’t want to have an honest conversation.” Representative Landry mockingly asked, “Who is John Adams?”, after Representative Ivey quoted the founding father in relation to the 2nd Amendment. Landry also took a stab at Ivey after Ivey explained how the current concealed handgun permit process is too pricey for many of Louisiana’s citizens to practically obtain. Landry tried to insinuate that because of how Ivey voted on a completely unrelated bill last session that he did not really care about the poor. Representative Barbara Norton stated ” let’s come back to the bill and not talk about that” (referring to the Constitution). She also told me directly that “I am concerned about your statement about citizens not having the opportunity to defend themselves; if we gave citizens the right to carry like that we would really be making a mistake.”

Representative Burrell stated: “I don’t want to get into a discussion about gun rights…” Excuse me, I thought that is what we were here for? Burrell also tried to cherry pick a case referring to how we just can’t trust citizens to be mentally competent enough to have guns. In his example, he stated that wife had no warning sign of her husband being mentally unstable and that one day he blew her head off. I simply pointed out that he could have just as easily slit her throat. I reminded the committee of their oath to the Constitution of the United States of America and the Louisiana State Constitution. I emphasized the fact that over 73% of Louisiana voters passed Amendment 2 back on the November 2012 ballot, which solidified the right to keep and bear arms as a fundamental right and that any restriction of that right must be met with strict scrutiny as defined by the court of law. Apparently that was not important to them.

Representative Ivey also sponsored HB 520 an identical bill to HB 494 except that it was only a statute that would not have to be voted on by the people and that could be reversed by another statute. The committee refused to even allow this bill to be voted on and it was involuntarily deferred. HB 519 which would have allowed anyone with a concealed carry permit to legally possess a short barrel rifle or shotgun without any registration or permit, also met the same fate. Two other bills of note were voluntarily deferred and we must keep a close eye out for them. HB 673 would mandate the seizure of firearms following a domestic violence claim. Note that the bill says domestic violence claim and not conviction. If someone wants to disarm you all they would have to do is accuse someone of domestic violence. HB 826 introduced by Representative Wesley Bishop would repeal the states stand your ground law.

The moral of the story is that we have to keep a close eye on our representatives. We must do a better job in holding them accountable. This committee showed their true colors as an elitist gang that sits back and decides what’s good for its subjects. This ruling class mindset must not be tolerated. Gun Rights Across America will work tirelessly to hold these law makers accountable and expose their contempt for their oaths and the constituents that elect them. We will either persuade them to change their minds or replace them come election time! We can not do this alone, we need you to join the battle. Simply voting in elections is not sufficient enough to secure our liberty. If we fight together, then together we shall win. The only way to lose is to give up and that is not an option. This is our country and it’s time to take it back!