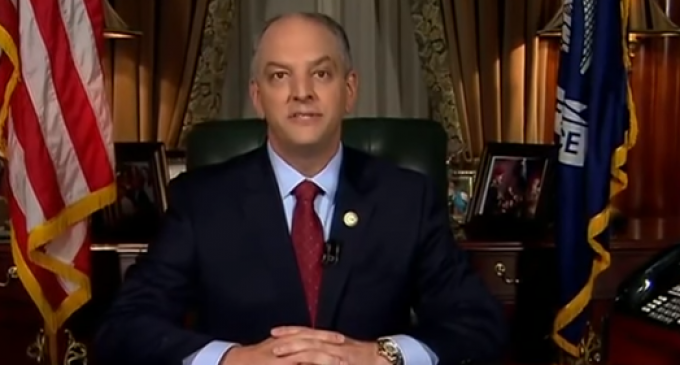 Louisiana's newly elected Democratic Governor, John Bel Edwards, has proposed a package of tax increases to fix a $940 million budget deficit. Now, before you run off and grab a calculator to try and figure out what kind of numbers we're talking about, consider the word “million” attached to the end of that $940 and let that sink in for a moment.

This won't be a small, unnoticeable tax hike. It'll be the kind of tax hike that casts a very large shadow over the finances of everybody who voted Edwards into office and those who didn't.

How is he going to get something like this passed in a GOP-controlled state legislature, you might be wondering. Well, for starters, he issued a warning that should his tax package be rejected, “you can say goodbye” to the LSU Tigers, which is Louisiana's biggest college football team.

He followed that “threat” by saying that campuses could run out of money and be forced to shut down. Not that that would actually happen, but is closing down a college a bigger deal than closing down the state economy?

Read what GOP treasurer, John Kennedy had to say on the next page.